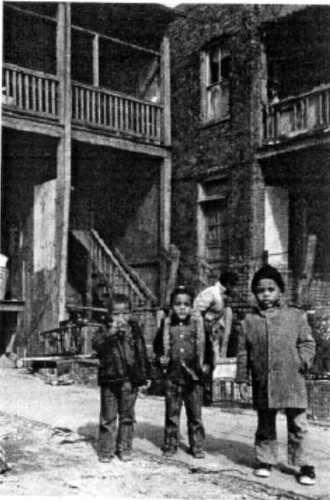 So I'll probably need to make a list for confession. Recently, I have been imbibing in some rather mean spirited YouTube videos. They are feeding my judgy side. They are about a kind of people found in my ethnic group in my country who are a result of what happens when you have the Sexual Revolution and the Great Society running hand in hand in the sunset. The only good that has come from this, and I'll need to tell YouTube to stop having them appear, is they are a good reminder of why a guaranteed income is probably a bad idea.

When I first heard of a universal guaranteed income I thought it was a good idea. The idea being, get rid the various government agencies for the poor and just give the poor the money. I liked the idea of smaller government and believed that the robots will take our jobs. But then I was reminded of the negatives and the road to Hell the negatives paved with free government money.

The problem of growing single mother headed households is one. This I will put at the feet of the Great Society, which provided the financial incentive, and the Sexual Revolution which took away the shame. Yes, no one is going to get rich on welfare and food stamps. And yes, we should have a safety net. However, both have made my ethnic group suffer. Too many Black children are being raised by single mothers, which makes them poorer (spiritually and financially) than children with both parents and siblings where they share the same mother and father. I have recently become a mother and I don't think I could do this well without my husband. This is especially true when are darling little boy has deprived me of precious sleep and I am not fully functional.

What does this have to do with Christianity? Well Christ mentioned that the poor will always be with us. No generation will have the luxury of not having to deal with the poor. Besides making sure they don't starve, we do a disservice when we discourage the things that will get them out of poverty (good schools, teaching skills that are actually in demand, etc) and encourage things that make their life worse (broken families, passing students on to the next grade without the skills, excusing behavior that makes them unemployable).
Posted by Mari at 10:33 PM

Email ThisBlogThis!Share to TwitterShare to FacebookShare to Pinterest
Labels: poverty